Filed under Inspired emotion, Self compositions

May the Holy Spirit

by the Grace of God

lies in seeing the two teams

playing by the rules.

As players we should always

keep the Spirit of the game.

The Queen, God bless her

A toast to bring joy to all

On the occasion of the announcement of a major Royal event, such as engagement to marriage, the birth of a child or significant Royal birthday it was customary for a signal  to be transmitted to all serving members of the British Armed Forces wherever they were, be it on ships or on land in all corners of the world. The signal was generated and was usually personal from Her Majesty The Queen inviting all to join with her in celebration. The instruction would be given to, “Splice the mainbrace!” All were then entitled to draw a free drink which had to be consumed immediately and generally accompanied by the toast as described above. In a true spirit of cameraderie, great joy was felt by all at her generosity.

No more the sweet scent

of lavender and jasmine

Filed under Seasons, Self compositions, Uncategorized

Their day is done
Chameleon leaves,
red,yellow, brown,
spiralling down
to carpet the ground
and muffle wild sounds
once  English greenwood fair
stark now the grey and bare,
limbs reaching heavenly
bereft of their canopy
call out for the sun
stand in supplication
withering, slumbering
till Spring comes calling

Just below the surface of the fast-flowing stream he lay waiting. Below the bubbles and foam the water was clear and cool, he could see all the way up to the steel-grey rocks ahead. He had waited here for many days, occasionally rising to the surface, looking upstream, judging the depth over the first stone. This morning was different, in the dark he had felt the raindrops crashing into the waters inches above his head. Now it had stopped but long experience and instinct told him that further up the valley where he would be heading there would be a rush as all the small streams emptied their collected waters into the river in which he lay. It took many hours but soon the level would start to rise and he could attempt to make his way further up. He would try to be early at the spawning ground, this year he was stronger and larger, his red-flushed flanks were brighter than the last throws of the sunset. His hooked jaw curved over his upper lip, making it impossible to feed. He was starving but he did not have time to feed on the juicy maggots, flies and morsels that drifted lazily over his head. He was only concerned with finding one of the many spawning females, ready to woo and persuade her to release her eggs into the sand in order that he might spray them with his milt. This would be his dying gift to the river, a new batch of young salmon to clean and purify the waters before they departed on their long journey downstream to where the river flowed into the dark sea and set off on their three year journey before they too returned to the place of their birth.

How to Begin to Write Poetry — A Writer’s Path

by Diana Raab, PhD Poetry is the voice of the soul and is often considered a free-flowing form of expression. Poets help us see a slice of the world in a way in which we might not have observed it before. They highlight details to cast a light on a feeling, an image, or an […]

via How to Begin to Write Poetry — A Writer’s Path

I feel your touch

and miss you Mother

Filed under Haiku, Self compositions, Uncategorized

“Jeez man, I’m not trying to be funny but what’s with the dark glasses? Is it part of the uniform, you want to look cool or are you frightened of being recognised. I guarantee I’m not here to take photos of you so that we can target you. I’m just getting some shots of the cavalcade.”
“You know who’s coming don’t you? The Great Leader, Light of the world. If he looks upon you in his majesty then the radiance from his magnificent gaze could strike you blind. You’d better have a good filter on your camera,”
“Jeez, you’re brainwashed!”

This is great speak it, shout it loud 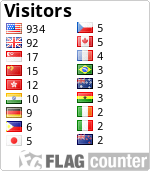 Pick Me Up Poetry

Driveling twaddle by an old flapdoodle.

The Pen and the Plough
Wandering Will
Sillyhistory
like mercury colliding...

The Writer Next Door | Vashti Q

Wisdom from The Lord of the Rings

Where the fire and the rose are one

the magic begins the moment you start being yourself

a resource for moving poetry

Musings from an insignificant writer

a place to chat

A little bit of everything

Poetry from my pen

Ultimately, a real understanding of history means that we face *nothing* new under the sun.” – James Mattis

Art doesn't have to be worthy

to be worth sharing

A community with environmental and healthy resources

The yearly literary festival in the heart of Buckinghamshire